I am used to 2 months of constant rehearsals from the groups I worked with on the other side of the state, but this troupe does things more elongated — just two rehearsals a week, but for almost 6 months. This is going to take some getting used to.

Regardless, our first rehearsals have been these past couple of weeks and I am already incredibly impressed. The leads are magnificent, top level singers and actors. Should I want to do a lead later, I’m going to have to step up my game. The ensemble is more a mix of amateur and professional, but still amazing and very well balanced, and very good at blending together. And THE MEN. There’s an actual full section of men, including tenors! And they sound SO GOOD. When I first heard them, I gasped.

I’ll post more about it as it comes up, but in the meantime I am already impressed.

I’ll also be performing a solo with them for Philly Theater Week on February 15th. The show is sold out at this time, but I’m looking forward to helping with their fundraising that week. Hooray! 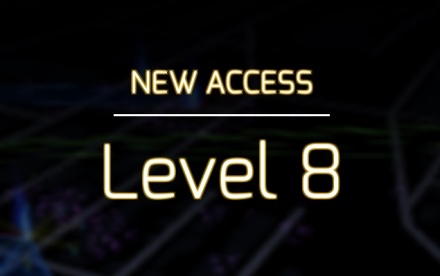 I made it! The most exciting thing about this past level is that I made the top-most badge of the Umbra Deploy Challenge in literally the last minute. Seriously, 12:59pm (when it ended at 1pm), and I got it. That was exciting. 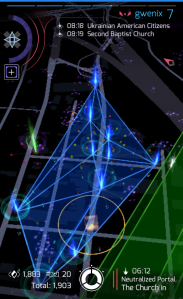 Other than that, next time I do a self-challenge for anything to do with fielding, I allow for glyphing. Trying to get the appropriate amount of keys without glyphing was insane, and I went through almost my entire supply of heat sinks. But the fielding itself was super profitable, and it was an easy 600,000 AP to get as a result. Here’s a small sample of some of the microfielding I was doing:

At this point I return to normal play. I have learned a lot about AP gain through this process though — my normal M.O. is to just go out and kill all green because it’s most satisfying to me to see the waves of boom go out. But if you have been following the blog and are in a position to notice such things — not a single one of the challenges involved taking out any green. So that was a very good learning process for me, and I will do more construction in my normal play in the future as a result.

But I really did miss booming all the things, and the first thing I did when I leveled was take out a bunch of green (SorryNotSorry MewTwosTrainer!) I really really missed that. Also, derping all the things. I love to derp. Derp derp derp derp. Please let me use up all the keys I don’t need by throwing all those derp links.

Thanks for following along on my Ingress Journey back to Level 8! 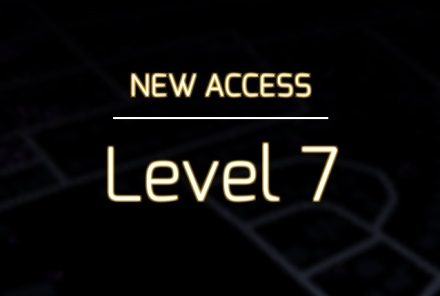 With the Umbra challenge going on, it turned out to be a lot harder to find uncaptured portals out there than normal! But I got my way through the spiking level, and even picked up the bronze Umbra medal on the way.

My next self-challenge is my final one: Microfielding, sometimes also called microstitching or field stitching. Originally I was going to have rules where I could only use portals I’d fully deployed, and all portals I fully deployed must be part of a field. However, with the Umbra Challenge going on, I would really like to actually participate in that, so I’m relaxing the rules a bit to allow me to also work on Umbra at the same time. So here are my rules for the microfielding:

This means that I’m going to have to pay attention to key collection here! And without glyphing! So this will be interesting. Fortunately I do have a lot of leftover multi-hacks and heat sinks so I can use those as needed.

Once Umbra is over, I’ll probably prefer to find clusters of white portals to do this — more AP! — but in the meantime this will mean I don’t have to handicap myself out of the limited time medal. Hopefully! 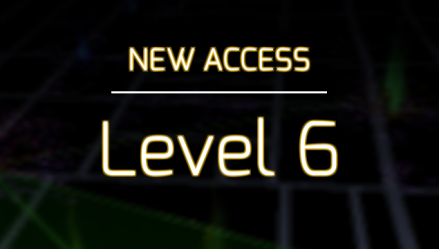 OK to debrief the last level, I wanted to make sure I did a glyphing level in hommage to the legend of the person who recursed and made it to level 8 just glyphing. My hats off to that person, because that was hell just for one level. I finally found a place I could loop through a bunch of enlightened portals for about 20K AP at the end of 4 loops, so I did that a few times in addition to glyphing wherever I was. It was definitely grindy and I’d rather be doing something else with those green linked portals.

This level now is spiking. For those unfamiliar with the term, spiking is when I deploy just one resonator to a white portal to light it up to my team, but do not add anything further. This gains me 625 AP per spike. So I’ll need 480 of these to complete it.

Complicating (or perhaps complementing?) this is that we’re now in the Umbra Deploy Challenge, where everyone is challenged to deploy to unique resonator slots.  It is my hope to quickly get through this level so that I can do my next level challenge which will be much more in line with the global challenge. But at least getting me through this level will gain me the first level of the Umbra challenge, and a good bit into the second level.

Lastly, I’m off to Pittsburgh for the holidays, so I’ll be doing all of this from there. Well, I’ll hit a few places on the way out today, but it’s going to be interesting getting stuff done in the much less portal dense area (I’ve gotten used to Philadelphia’s portal density!) 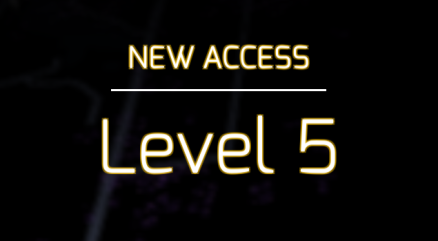 So, I ended up with the flu — actual influenza version — and that took a week out of my Ingress time. Today I’m finally out of bed so I got myself up to Level 5. I did get to First Saturday, and deployed fully to 6 portals during the event, so I should get the uptick in my FS badge.

And for this level, I will be glyphing. Since this doesn’t have a definite point range, I can’t tell how many I will need. I do know that I have a maximum of three glyph hacks, so it’ll be 150+bonus if I get the max (with an additional 100 if I dirty hack). But I’m going to be glyphing any and all portals I see. I estimate it’ll be about 1000 glyphs, give or take, to get to the next level. Fortunately I’ll be in Center City tomorrow!